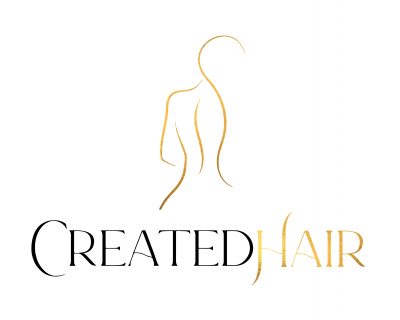 An easy to understand, scientific look at Alopecia Universalis, a rare type of Alopecia resulting in total body hair loss.

If you or a loved one is suffering from Alopecia Universalis, it is important that you educate yourself on the condition. Here at CreatedHair.com we do our best to keep you abreast of the latest information and the newest products and technologies available.

What is Alopecia Universalis?

Many individuals with Alopecia Universalis are born with some hair, but then begin losing it very quickly. The disorder is inherited as an autosomal recessive trait. It is caused by a mutation in a gene dubbed HR in chromosome band 8p21.2 that is the human homologue of the mouse “hairless” gene — the human version of the gene in the mouse that is responsible for hairless mice.

Patients are usually otherwise healthy, but have more thyroid disease and vitiligo than the general population. Those with vitiligo (patchy loss of skin color) may also develop AU in time.

Is the “hairless” gene only found in people with Alopecia Universalis?

Most likely. Based on the known research, we can safely assume that only individuals with this rare and sever form of Alopecia Areata carry the gene. Unfortunately, there have not been enough studies done to verify that this is true of all those afflicted.

Aside from genetic tendencies, the contributing causes of Alopecia Universalis are not known. It is important that those with it are careful to protect themselves from the sun, bacteria, and other potentially harmful elements, as the scalp, nasal cavity and eyes are not protected.

According to the National Alopecia Areata Foundation, other than the hair, nails can also be affected. The nail involvement may be limited to pinprick indentations, all the way to severe distortion of the entire nail. Alopecia Universalis may be acute and short-lived, or remain permanently.

The possibility of re-growth does remain however, even for those with 100% hair loss for many years. Predicting ‘when’ re-growth may occur is not currently possible.

A Little Background – – The Pedigree of Alopecia Universalis

Back in 1998, a researcher named M. Ahmad and his team of colleagues studied a family where Alopecia Universalis was present throughout all three generations. Children born into this family with this condition showed no other health problems, however skin biopsies from the scalps of these individuals showed very few hair follicles, and of those present, few contained hair shafts.

They established that there were no other inflammatory conditions present which may be responsible for any inhibition of hair growth. The individuals were born without eyebrows or eyelashes, and never developed them. They also never developed underarm or pubic hair.

They did an analysis of the chromosomes for all 7 individuals with Alopecia Universalis, looking for genetic similarities. They found a marker at a specific location which was consistent for all 7, but they were unable to determine exactly which gene was at this location. As a result, they hypothesized that there may be a genetic similarity in hairless mice, which might match the one they found in the humans.

Fortunately, there were several examples of Alopecia in mice. They cloned the mouse hairless gene and used the mouse sequence to make PCR primers. They then used these primers on DNA made from the RNA of human skin fibroblasts.

This identified a DNA sequence which gave them the coding sequence of the human HAIRLESS gene. In humans and mice, this gene is expressed in the skin and brain. (The brain function of the gene is not known). It appears to encode a zinc-finger transcription factor. A missense mutation was found to be present in the HAIRLESS genes of all the effected individuals in the family that was studied.

Living with and Treating Alopecia Universalis

It is important to beware of the many companies out there claiming they can regrow hair for those with AU. In our research, we have happened upon several web sites on the Internet which claim (even with photographs) that they’ve regrown a full head of hair for AU patients. Please be a cautious and skeptical consumer, as the chances of these treatments being legitimate are a million to one. If they truly worked, the whole world would know about them.

Some swear by aromatherapy, but there is little or no evidence to support that it works. The standard method of treatment is Topical Immunotherapy, which involves producing an allergic reaction with irritants placed onto the skin. The theory behind this method is based on the general knowledge that hair can be stimulated into growth sometimes, simply by irritating the follicles.

Chemicals such as Diphencyprone (DPCP) or Squaric acid Dibutyl ester (SADBE) are applied to the scalp. About 40% of patients treated with topical Immunotherapy will regrow scalp hair after about six months of treatment. Treatment must be continued in order to maintain the hair, or until the disease has run it’s course. Unfortunately, these treatments are not widely available in the United States, but are used extensively in Europe and Canada. They are being investigated as possible future treatments.

Since treatments for advanced forms of Alopecia like AU are less effective, a wig may be a good option for you.